Tomorrow’s workout will be the Cove version of Severin. It is a hero workout named after U.S. Army Sergeant First Class Severin W. Summers III. He passed away on August 2nd, 2009 in Qole Gerdsar, Afghanistan, after his vehicle was struck by an improvised explosive device. Summers is survived by his wife Tammy Fraser and his daughters Jessica, Shelby & Sarah.

We also are running a long distance today as well, looking at over 4000 meters or about 2 ½ miles of running via 400-meter intervals.  You can look to scale distance (200 or 300-meter runs), look for another implement (rowing, ski erg, bikes), or some combination of movements and distances.

Whatever it might be, you can make this workout right for you. Let’s have a great time and keep Sergeant Severin Summers III in our thoughts. 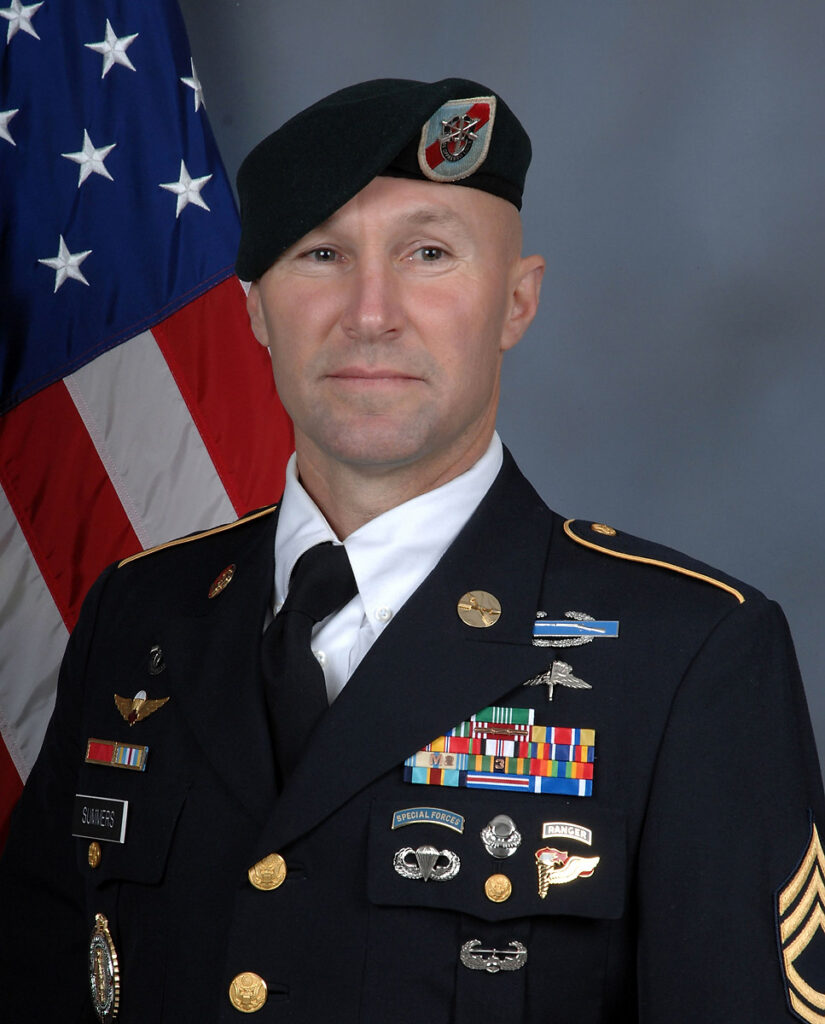 PROGRAMING AT THE COVE WITH COMPTRAIN

A key ingredient to creating great classes at the Cove is our programming.  It provides the structure and template to have not only safe and fun workouts but a long-term path to improved health and fitness. For the past 3 years, we have been following the programming of the mad genius Daniel Park. He has provided us with some of the devilish and ingenious workouts that have not only pushed us but also put smiles on all of our faces.  Daniel gave a fresh perspective to our programming after replacing another great programmer, Geo Rockwell of CrossFit Federal Hill. In our desire to continue to provide constant variety we have decided to make another pivot in our programming to find a different perspective.

After looking at multiple options, we decided to follow the programming templates from CompTrain. CompTrain workouts are very similar to our current workouts but just approach them from a different angle. They are classic CrossFit workouts that are both challenging and sadistically fun.  Look for more dedicated strength and skill pieces in our programming coupled with classic CrossFit workout.  We also will have more dedicated cycles on specific aspects of CrossFit (lifts, movements,etc) as well as hitting more benchmark workouts.    Although change can be scary, we see this as a great opportunity for all of us to grow together. 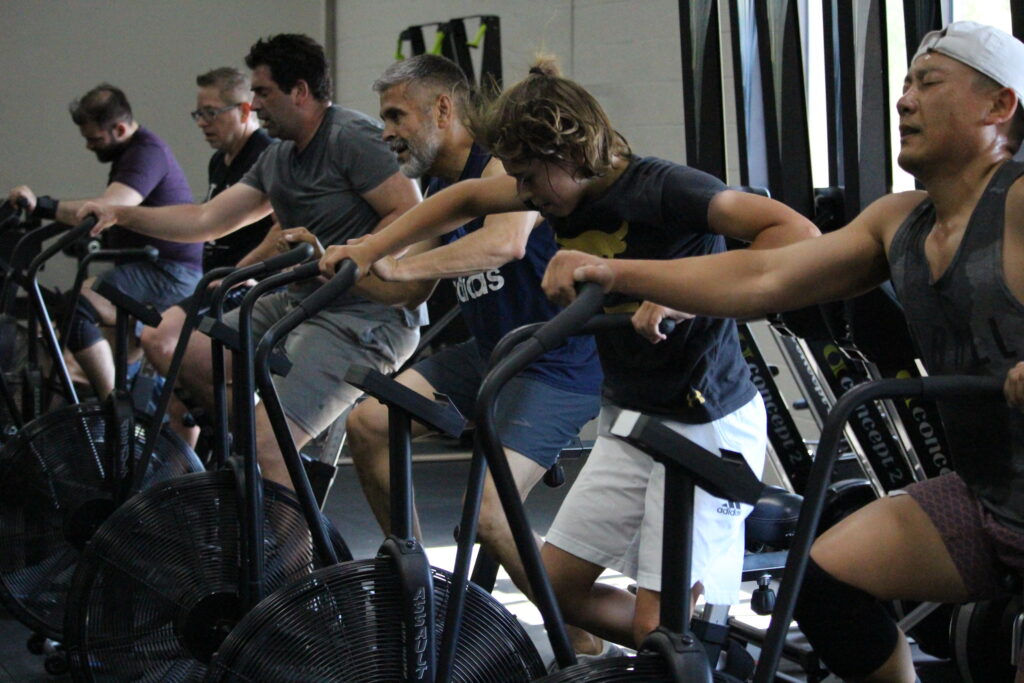 We are beyond thrilled to announce that Jenna Michelotti is joining the coaching team at the Cove. We all know how talented she is as an athlete as a two-time CrossFit games competitor, but competing at that elite level has allowed her to hone technical expertise in movement, skill development progressions and strategies to attack workouts. She plans to bring all of this (and more!) to the coaching floor.

Jenna is known to for taking her pre-workout prep and post-WOD recovery to the next level, famously spending hours before and after a single 10-minute Metcon. While she’ll have to fit everything in within the hour of coaching, she’s excited to bring creative and productive warmups and cool downs to the “best hour of your day”.

She’s a rising senior at Mount Hebron high school but is beyond her years in talent and demeanor. We’ve watched her develop in so many ways over the years. And now she’s hoping to help us all do the same! When you see her give her a warm Cove welcome! 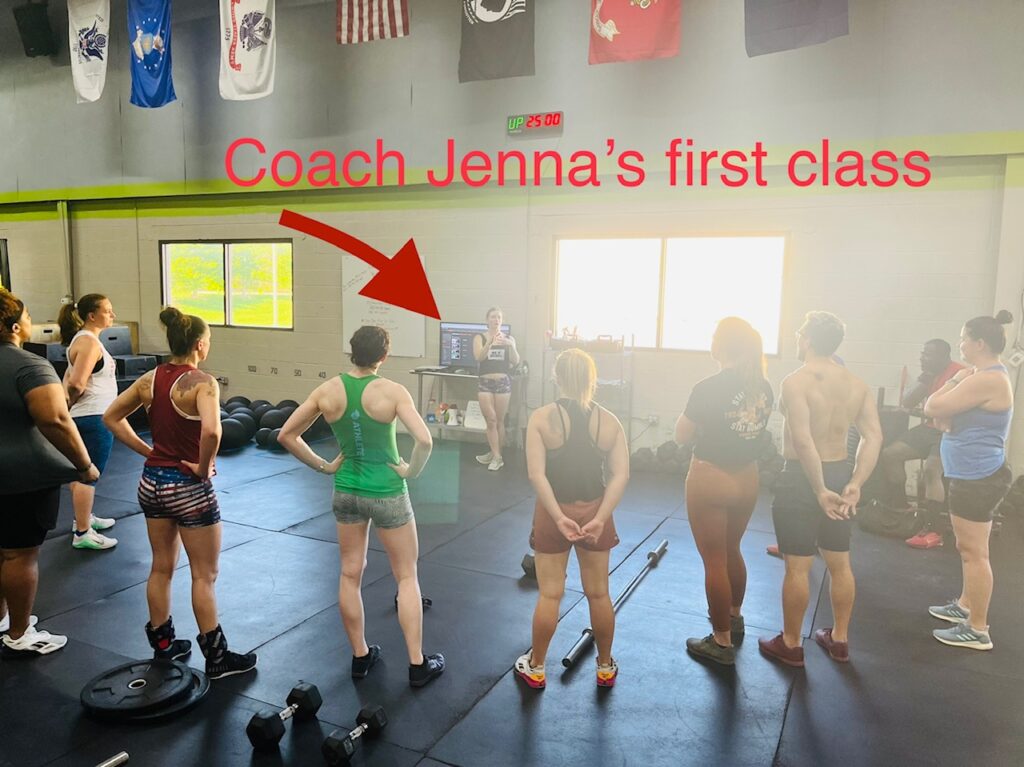 On Monday we will continue our annual tradition by recognizing Juneteenth with a special WOD. We will be running a holiday schedule with classes running at 9am, 10:15 and 11:30a. As always, the gym will be open to you from the hours of 5a to 10p.

To give a bit more detail, during the American Civil War, Pres. Abraham Lincoln issued the Emancipation Proclamation, which declared more than three million slaves living in the Confederate states to be free. More than two years would pass, however, before the news reached African Americans living in Texas. It was not until Union soldiers arrived in Galveston, Texas, on June 19, 1865, that the state’s residents finally learned that slavery had been abolished. The former slaves immediately began to celebrate with prayer, feasting, song, and dance.

Juneteenth also called “Freedom Day”, is widely accepted in the United States as the day slavery ended. This is not a day just for African Americans to celebrate but a day for all Americans to remember and revere. It’s a testament to America’s ability to recognize wrongs and do its best to change course and make things right.

An article published in the Galveston Daily News summarized so beautifully why we must continue to do the work. “Injustices continue to stain our nation’s honor to prevent us from living up to our stated belief that all are created equal. The abuses of slavery and its successor practices have often been experienced by many generations. And it’s never improper to continue seeking justice for all.”

If you’ve done this workout before, you know this Juneteenth WOD has the volume and difficulty of a Hero WOD. And just like Hero WODs, it is designed to help you step outside of yourself to find a place of reflection, understanding, and remembrance. We can all make a difference. 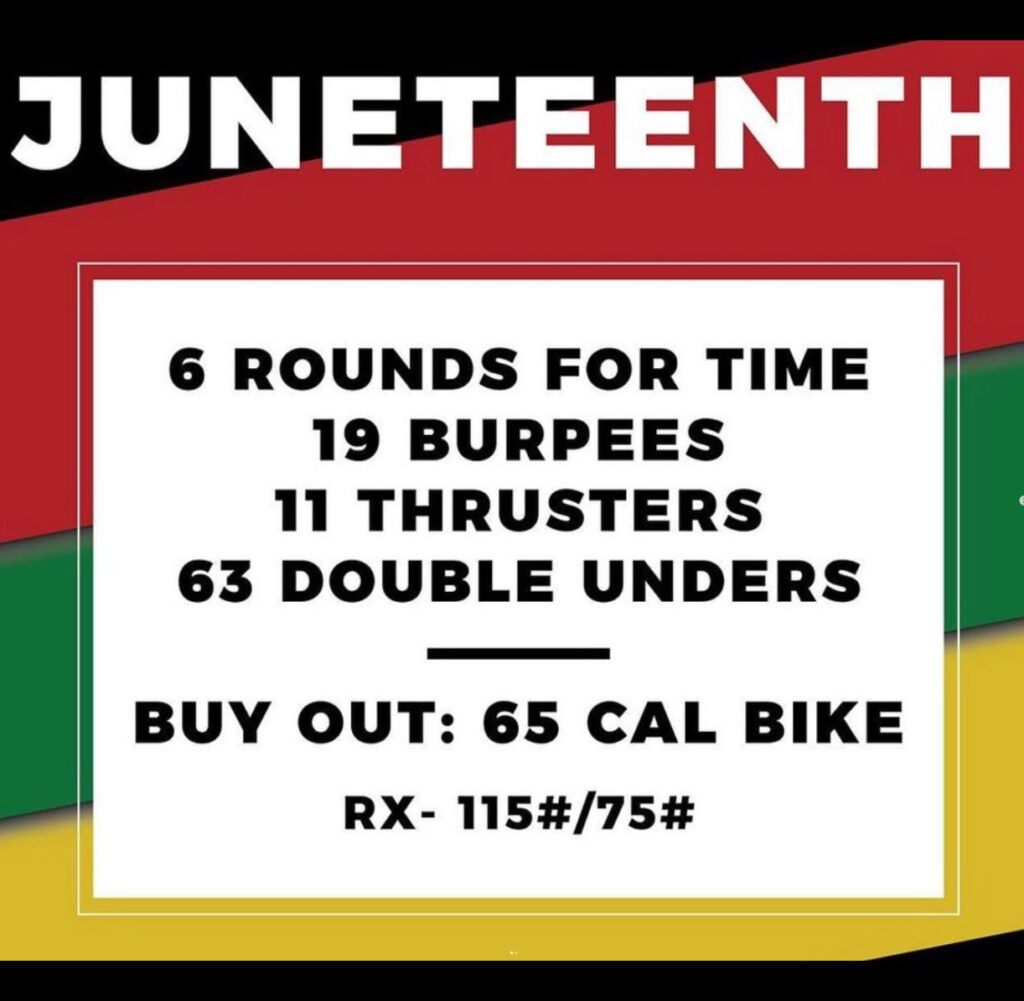 We are thrilled to announce that Jenna (@jennamichelotti_cf) has officially qualified for the 2022 CrossFit Games!  This is her second time heading to Madison to compete for the title “Fittest on Earth”, but this year was riddled with challenges that would have deterred even the most tenacious athlete.
This year she will be competing in the 16-17 year old division — as a 16-year-old. That means that many of the young women in this field have had the advantage of another crucial year of training, natural human development, and overall experience gained.  CrossFit also reduced the competition field from 20 athletes qualifying down to 10. This put tremendous pressure on the qualifying rounds, and after coming off an elbow injury, making these even more emotionally and physically taxing than imaginable.
Most amazingly, despite these astounding athletic accomplishments, she is one of the kindest and most humble people we know.  Every day we get to see her interact with all levels of athletes at the Cove — at every age. And she finds ways to relate and connect to each of them in her own personal way. This kind of personal growth for someone of her age and ability is simply inspiring. Looking forward to watching her shine on that world’s stage!
THAT LOOKS REALLY HEAVY!

Memorial Day Murph is a week from Monday!

This day is all about remembrance and community. We encourage everyone to come be part of this special day to honor Lt. Michael Murphy and all those who have lost their lives in service. Whether you are able to complete the whole workout or a portion, we can find scales that work best for you.

We will have a community pot-luck afterward, so bring a drink or dish to share (or both!).

Here’s what you need to know:

–       9 am start with opening remarks, standards review and National Anthem. Even if you are in a later heat, come for the start and cheer on your fellow Covies!
– Make sure you sign up for heats like you would for regular class (three heats will be up in Wodify). If you are doing it as a team, only reserve ONE spot please! Each slot is basically a ‘rig spot’. Two people on the team take up one rig space (if that makes sense!)

–       Sorry, no barbells on the rig. Jumping pullups, barbell rows (off the rig) and ring rows are all great options.

–       Make sure you are hydrating properly ALL WEEK. Drinking water Monday is great, but starting now is even better!

–       All athletes will have to make their own time for a self-paced warm-up before we hit the workout. We will be coming around to all athletes to make sure everyone has an appropriate (and scaled for many) attack plan.

If you’ve been regularly coming to class, you are more than prepared to complete “Murph” in one way or another. If you are still new to CrossFit and the Cove, don’t worry we can make it work for you. Like we said before, there is a scale for everyone!

We are big believers in the power of data and a fantastic tool we have available to our members is the  InBody Scanner. The InBody scanner can be found in the front of the gym lobby and it provides body composition data via bioelectric impedance.

In the past we charged $20 a scan but we have decided to allow all our paying members to use the device on a quarterly basis (we don’t want to scan too often) to check your body composition. This is a valuable health marker and we encourage you to use it a couple of times a year to see where you stand.

We have a short video for you on how to use the scanner and if you have any questions, please do not hesitate to reach out to us at Brian@CrossFitCove or Chris @CrossFitCove.com

COVE TEAMS ON THE PODIUM!

This past week we had four Cove athletes compete in a partner competition at CrossFit Frederick in “The Duel”. Team “Barbells and Paddles”,  composed of Coach Carlos and Jessica M., competed in the RX division and was able to take second place in this extremely competitive division which featured 5 grueling tests of fitness in one day.  And team “Decently Fit”, which features Coach Dejah and Keith H. proved to be pretty darn fit as they won the intermediate division this weekend!

All four of these athletes didn’t prove fitness but showed grit, resilience, and teamwork that traits which are the cornerstones of what we do at the Cove.  It gives us goosebumps to see so many Cove athletes pushing their limits and finding such tremendous success.

COVE TEAMS ATOP THE PODIUM

We have partnered with FX Physical Therapy this coming Tuesday and Wednesday (5/3 and 5/4) from 5 to 7 PM to provide free injury and movement screens to Cove members. Physical Therapy is often seen as a way to recover from injury, but these assessments will let you get ahead of a problem. You can sign up for a time at the following link.
We are fortunate to have two great professionals to be working with, Dr. Colin van Werkhovenand Lindsay Kirlin. They have done some great work with some Cove members in not only dealing with their injuries but providing preventive exercises to prevent future issues.

COVE TEAM’S AT “THE DUEL”

Competition fever continues at the Cove as we have four athletes competing this weekend in The Duel. This is a partner wod competition (a Cove specialty) at CrossFit Frederick.  Coach Dejah and Keith H. will be competing as Team “Decently Fit” (yeah right!) and Coach Carlos and Jessica  Mare competing as Team “Barbell and Paddles”.  Heat times, workout descriptions, and the leaderboard can be found at this link.

If you are looking for something to do this Saturday, you might want to go out to cheer them on as they throw down. It’s a fun way to spend an afternoon at the food/drink scene in Frederick is supposed to be great! For updates follow the  Cove Private Facebook page.

We are big fans of doing CrossFit competitions as it’s a great way to get out of your comfort zone.  We are in the midst of planning a “In-House Competition” at the gym known as Clash at the Cove and will be highlighting some local competitions as well.  We like to compare doing a CrossFit competition to being a runner that decides to do a 5 K race. It’s just like any other workout day but for some reason, it just feels so much more special and rewarding.  If you are interested in doing a competition, please reach out to us and we can help you out.